Spending Mother’s Day at Medieval Times ended up being such a magical night. Growing up in Florida, I was always aware of the Castle, but never visited. My husband also had never been, but always wanted to go thanks to Jim Carrey’s The Cable Guy.

The experience was awesome for us and for our three-year old who was thrilled with all the excitement and elements of the performance.

Arriving at Medieval Times you walk through a village setting and enter the grand castle to pick up tickets. The area is adorned with knight statues and paintings. With tickets in hand you are greeted by staff in costumes who give you a colored crown that dictates what are you will sit. We proceeded to meet the Queen and take a photo and then walked into the Hall.

The Hall has bars, a sitting area and retail space with swords, cups, shirts and other branded items. We grabbed some drinks, bought Westley a light up sword and took some photos. 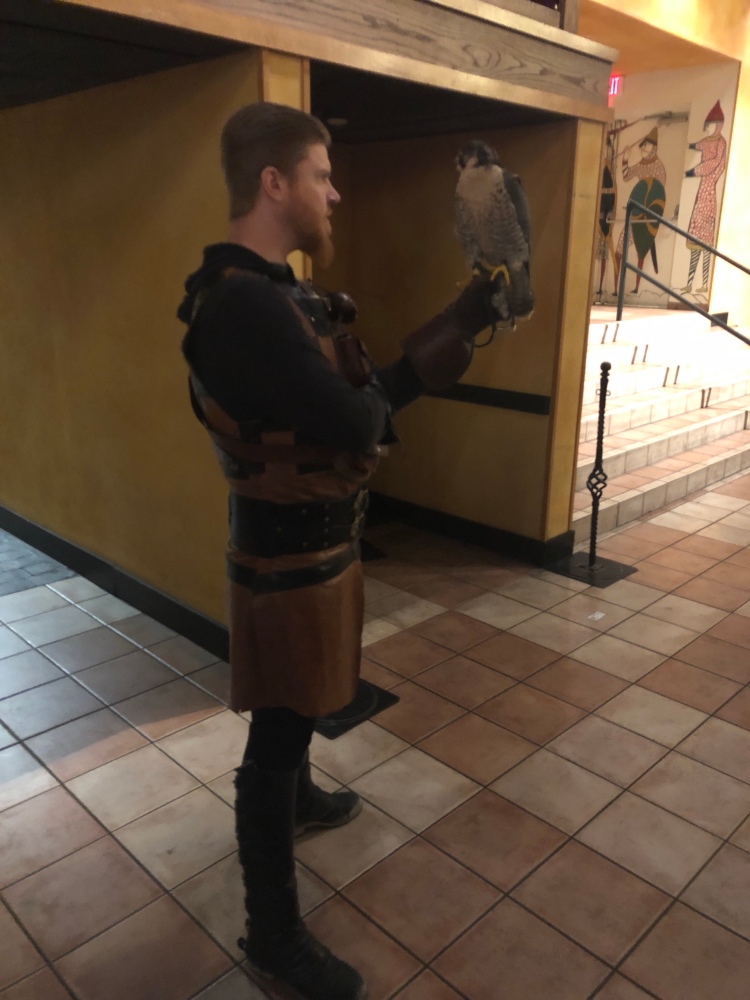 We were part of the Yellow Knight’s team and sat toward the front. The seating is family style with long tables in a stadium setting.

The show features different components from games and competitions between the knights to falconry, jousting and sword fights. It is very engaging and fun because you’re cheering for your knight at every turn. 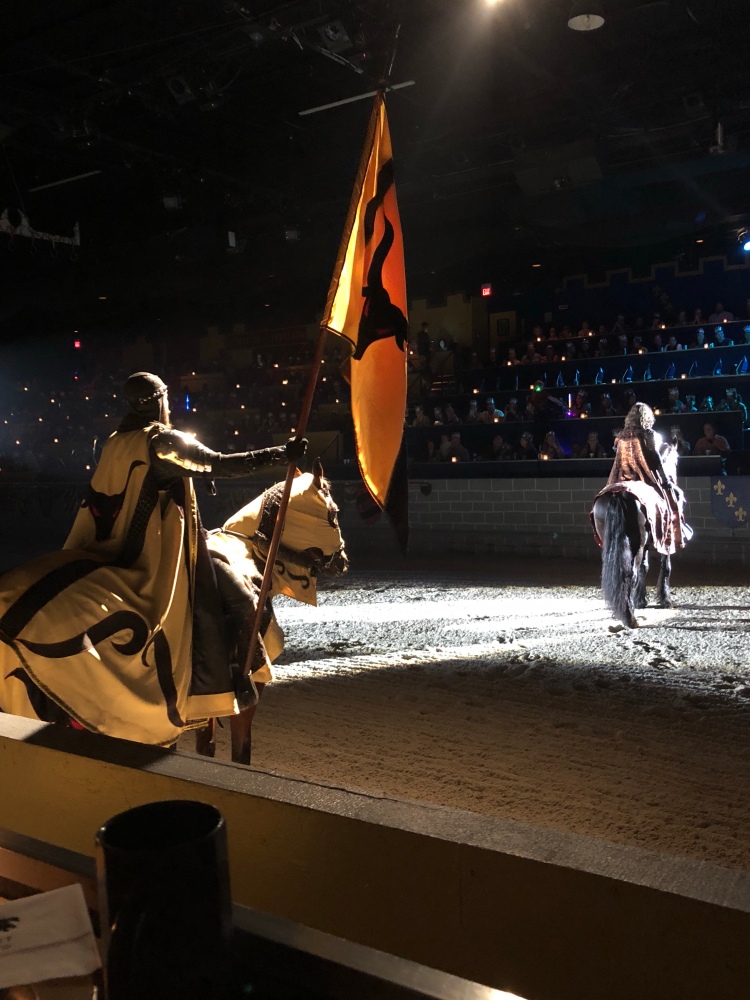 The Queen rules the land, which is a new element to the show. For the last 34 years it’s been a King. This timely and relevant leadership change also adds to the plot of the show.

Finally, the horses are gorgeous and show off their skills in the ring. Each horse does special tricks, something Westley really enjoyed.

The show is about an hour and a half give or take, but because there are so many different parts and is paced well, Westley paid attention and enjoyed the show without fussing!

Coming into the experience I was expecting dinner to not be a highlight since it is secondary to the show. However, while it’s simple and food you can eat with your hands — Medieval Style — it was surprisingly delicious. We started off the meal with a tomato bisque (you drink from the soup bowl), followed by a half chicken that was moist and perfectly cooked, paired with potatoes and corn on the cob. The dinner is topped off with a pound cake for dessert.

It was adult and child approved! 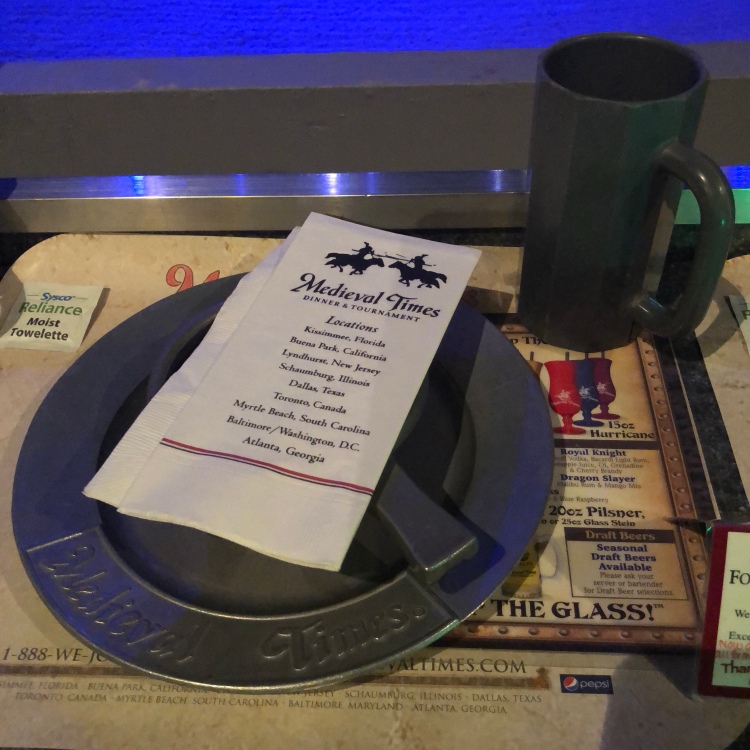 The production quality, characters, show elements and overall experience was wonderful! We were never bored and always looking forward to the next part.

For me, the horsemanship and the falcon flying around the arena were definitely highlights. I also thought the Queen did a phenomenal job in her role.

We definitely will visit again and as there are several castles across the country — it would be fun to check out some of the other shows!

If you’re looking for a dinner show that will have something for the whole family, I would recommend Medieval Times! You won’t be disappointed. 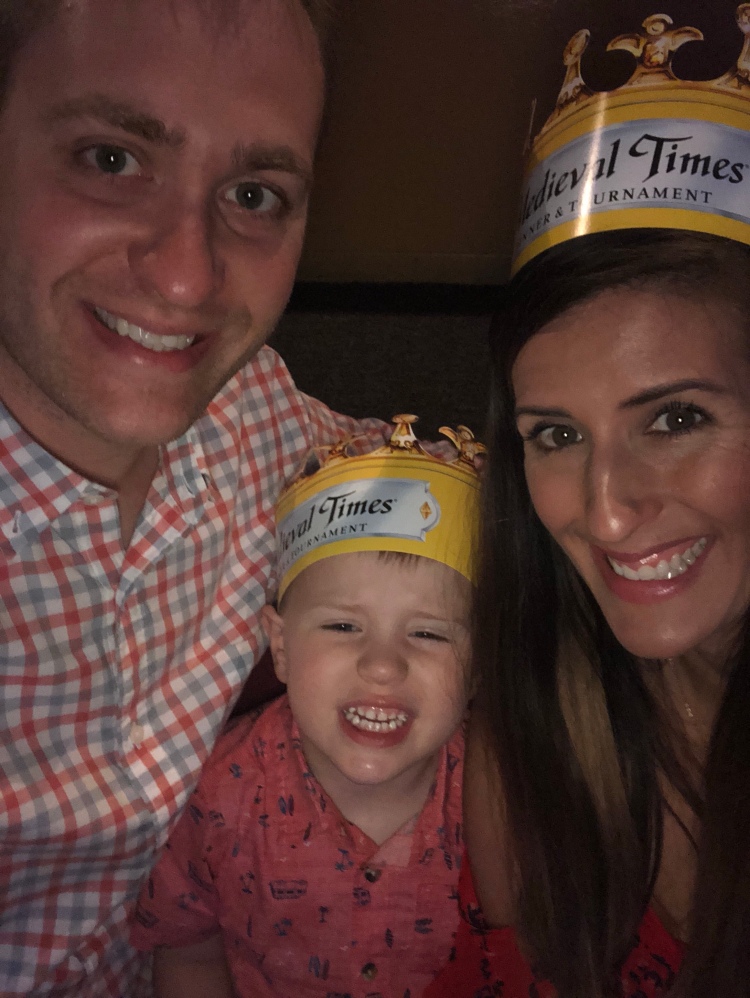